Air is essential for life, and the quality of that air is critical for the well-being of living organisms in the planet. At any given moment, the air surrounding us and filling our lungs contain billions of particles too small to be seen through the naked eye, but powerful enough to impact our health, the operation of equipment and instruments, and manufacturing processes.
The Environmental Protection Agency (EPA) reports that the air indoors can be up to 100 times more polluted than the air outside. The leading cause of poor indoor air quality is a lack of proper air filtration, according to the American Medical Association. American Air Filter, the world leader in air filtration solutions, is bringing clean air to life through unmatched expertise and innovation.
Indoor Air Quality refers to the air quality within the buildings and structures and is related to health and comfort of building occupants. Understanding and controlling the common pollutants indoors can help reduce risk of indoor health concerns. Proper air filtration and air cleaning are integral to improve IAQ. Outdoor air used for ventilation in buildings and structures contain various contaminants. These are particulate matter (some are biological in origin), gases and vapors. The main source of these contaminants is either outdoors, indoors (building components, occupants and occupant activities), or both outdoors and indoors. A proper filtration selection is helpful in removing these contaminants from the air, outdoor or in recirculation.

In commercial facilities, controlling airborne pollutants is necessary to maintain a comfortable, healthy, and odor-free environment. These air pollutants are inversely related to occupant health so maintaining proper IAQ levels becomes a primary concern. Poor IAQ ranks as one of the top five environmental risks to the occupant health. While most commercial facilities commonly use particulate filters in the air handling units, it is observed that most of the installations have single stage
washable filters in use. The lab test results prove that these filters are not efficient enough to address the challenge of particulate and gaseous contaminants. Gaseous contaminants originate from a
variety of sources, such as automotive exhaust and chemical off gassing of new
furnishings, paints, etc.
Commercial facilities face a unique challenge in combating gases from various occupant activities, building operating equipment, and maintenance areas, as well as airborne particulate from renovations and construction. Depending on the concentration of gaseous contaminants a proper solution using carbon filters must be applied in the AHU to combat such challenges. Few of the other applications needing carbon filters are specific to requirements of odor control  like gymnasiums, science classes, and cafeterias. 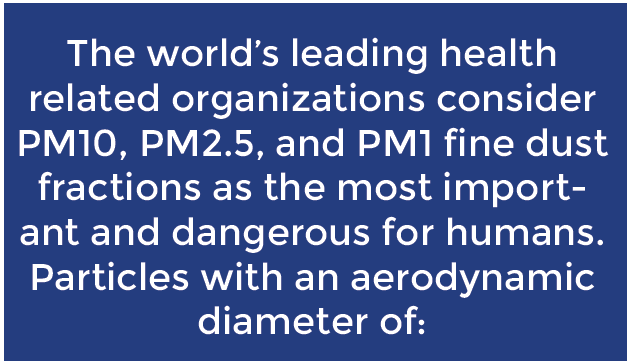 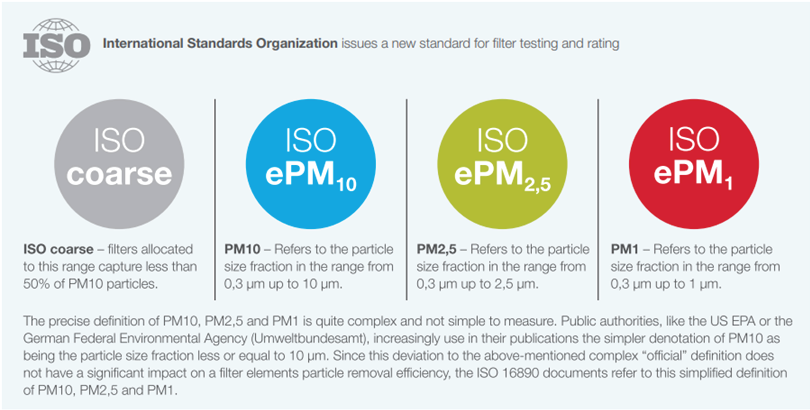 Some of the trends leading to accelerated concern over IAQ are:

• People are moving into cities in unparalleled numbers

• WHO, 2015: “air pollution around the world is increasing at an alarming rate. Virtually all cities in developing nations, and more than half in richer nations, are blighted by unhealthy air.”

• WHO: “More than 2bn children now live in places where air pollution exceeds
WHO limits.”

• A study of data from 74 cities in China concluded 31% of deaths over a 3 year period were related to air pollution, Nanjing University, South China Post.

Some facts about India:

• While air pollution is a global issue, WHO states that only one in ten people on Earth breathes safe air – in India, the situation is worse for both human and climate health.

• According to WHO, India has the world’s highest death rate from chronic respiratory diseases and asthmas.

• As per a WHO survey of 1,650 world cities, the air quality in Delhi is the worst of any major city in the world.

• As per the 2019 World Air Quality Report by IQAir AirVisual, 14 of the 20 world’s most polluted cities are in India. (Source: QuickTake by Bloomberg).

• Joint research by Public Health Foundation of India (PHFI), Indian Council of Medical Research (ICMR) and Institute for Health Metrics and Evaluation (IHME) in
collaboration with the Ministry of Health and Family Welfare, Government of India stated that: –

How do we reduce the urban pollution?

• 34% of American workers feel that poor IAQ had caused them to miss work.
• For every 1000 workers, poor IAQ results in 600 sick days per year.
• Up to 65% of asthma cases in school-aged children could be prevented with
proper IAQ.
• Three to four million hospital-acquired infections occur annually, with up
to 80,000 fatalities.
• Up to 1/3rd of hospital-acquired infections involve airborne transmission.
• There are 175,268 pages on IAQ in the U.S. Code of Federal Regulations.
• 56% of commercial maintenance teams admit that their IAQ maintenance is not
carried out per IAQ guidelines.
• Lack of proper air filtration is the #1 cause of poor IAQ

Most corporates today are taking the initiative to provide their employees with safe and clean environment which in turn fosters productivity, creativity and well-being. To help contribute to this objective of providing clean and safe air to all, American Air Filter, member of Daikin Group, the world’s largest provider of clean air solutions, continuously innovates its air filtration products which are of international standards.
American Air Filters offers the most comprehensive engineering and manufacturing capabilities in the air filtration industry. With advanced design and in-house testing facilities in the US, Europe and Asia, we are unsurpassed in our ability to design air filters to any specification. All AAF products are guaranteed to meet rated performance standards based on industry accepted test procedures. Rigid quality control procedures ensure consistent performance.
In addition to supply of world class air filter products AAF is also equipped with filter performance monitoring tools. For particulate filters relevant to IAQ we offer a continuous
monitoring option for filter efficiency and energy consumption with help of sensor technology. Sensor 360 is an IoT based solution which can monitor and communicate the actual performance of filters for a particular/multiple installation. It helps facility manager to effectively monitor and do the predictive maintenance for air filters in the ventilation system. 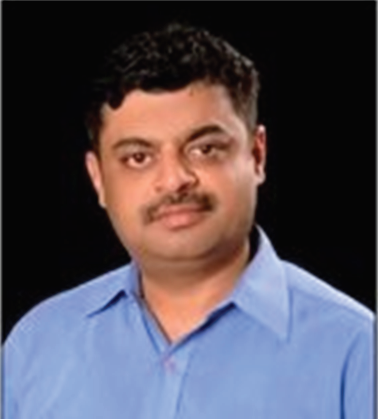 Mr. Arun Verma was born in India in 1972. He completed his Bachelor of Technology in Mechanical Engineering in the year 1993. Arun started his career as an Assistant Engineer in Hero Motors. He started working for Filtration Industry in 1996 learning and growing as a professional with his last assignment with Camfil as Country Sales Manager till August 2017. Later Arun joined American Air Filter International as Technical and Business Development Head and had contributed significantly in the areas of High Purity segment business, product development, marketing, quality and training. With his expertise in Air Filtration industry for more than 23 years, he added  immense value to the organization in terms of revenue, growth and value creation. Now he is the Regional Director, High Purity Business and Research & Development responsible for the technical support and growth of High Purity segment business in the entire region – EEMEA, CIS & SAARC Countries based out of Bangalore, India.
He works closely with Director Regional Sales to identify key customer pain points and develops and drives a clear research agenda to maintain AAF global leading edge in the Air Filtration business.